Gold is not a safe-haven, its portfolio insurance - LCG 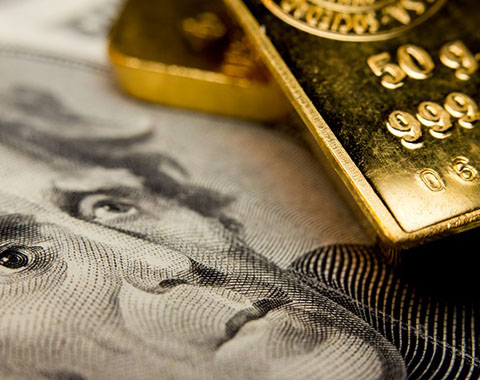 Improving investor optimism as tensions ease between the U.S. and Iran is weighing on gold prices just a day after it hit a multi-year high.

However, one market strategist said that investors should look past the short-term volatility in the precious metals market and focus on the big picture. In a telephone interview with Kitco News, Jasper Lawler, head of research at London Capital Group, said that while gold’s run in the new year has so far been impressive, investors should not be buying gold with a long-term view based on one geopolitical event.

“Safe-haven demand is good for a short-term lift but it’s not sustainable in the long run, and that is exactly what we are seeing right now,” he said.

Instead of looking at gold as a safe-haven asset, Lawler said that investors should look at it as an insurance policy.

The comments come as gold prices have dropped nearly 4% from Wednesday’s multi-year high above $1,600 an ounce. February gold futures last traded at $1,553.80 an ounce. Although prices could continue to push lower, Lawler said that there is too much uncertainty in the world for the current uptrend to end.

He added that it should be seen as common sense to hold gold as a hedge against a correction in equity markets.

“The trend we have seen where gold has held its own as equities have rallied makes sense because you want to hold something that will reduce your portfolio risk,” he said.

Lawler said that gold is a better insurance policy than bonds as he sees real yields continue to fall. Although central banks are expected to hold interest rates steady at current low levels, Lawler noted that they are continuing to grow their balance sheet.

“Global central banks’ balance sheet are increasing. That is the easing that investors should be paying attention to,” he said.

Not only are central banks going to continue to pump liquidity into financial markets, but Lawler said that they are also going to let inflation rise.

“[Federal Reserve Chair Jerome] Powell said that he is more than willing to get inflation go above the target; to me, that is good for gold,” he said.