Usher in recovery or "stagflation"? The dollar is in a dilemma! Lagarde's speech strikes, beware of pressure on the euro

Abstract:U.S. bond yields continue to climb to boost the dollar, while the yen is under pressure.

On March 5th, the US dollar index rose slightly this trading day, and the US dollar continued to soar against the yen. As of press time, it temporarily reported 108.4680, an increase of 0.48%. U.S. bond yields continue to climb to boost the dollar, while the yen is under pressure.

Yesterday, the U.S. dollar index rose 0.70% to 91.62 in late trading. It touched 91.67 during the session, which was the highest since December 1 last year. Previously, Fed Chairman Powell failed to express concern about the recent sell-off of U.S. Treasuries, as some traders expected. As a result, Treasury bond yields have risen and demand for US dollars has increased. The yield on the 10-year U.S. Treasury rose to 1.553%. The U.S. dollar followed the rise in U.S. Treasury yields because the upcoming fiscal stimulus measures in the United States have intensified expectations of rising inflation, and vaccination has increased people's optimism about the recovery of the economy. 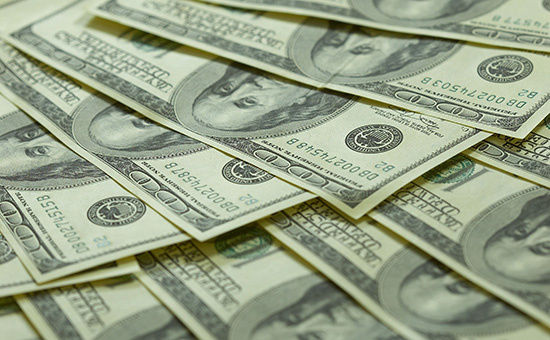 On this trading day, the U.S. dollar index rose slightly to 91.93, an increase of 0.35%. Prior to this, Fed Chairman Powell did not express concern about the recent bond market decline, while insisting on maintaining low interest rates in the long-term. Although Powell insists on dovish remarks as a whole, he does not believe that the decline in public debt is a "disorderly" trend, nor does it push long-term interest rates up to a level where the Fed may have to intervene more forcefully in the market to hold it down. , Which once again triggered public debt selling.

The analysis pointed out that the market is listening to the statements of major central banks. If they stand still for a long period of time, it means that the long-term inflation rate will rise. Therefore, we have seen a sell-off in the bond market and the stock market.

What needs attention in the day is the February non-agricultural report, which will be released later today, Beijing time. Commonwealth Bank of Australia (CBA) foreign exchange analyst Joseph Capurso said the currency market is responding to increased volatility in these two markets.

The yen continues to weaken

In the past two days, the yen has continued its weakness. The analysis pointed out that the Japanese yen has been hit by the expectation that the United States will lead global economic growth. Some analysts call this American exceptionalism. Yesterday, the U.S. dollar rose 0.91% to 107.98 against the yen, once rising to 107.90, the highest since July; it is moving towards the key resistance level of 108.16, the July 1 high; Issa of TD Securities said that in the context of rising U.S. bond yields Under the circumstances, the performance of traditional (financing currencies) such as the Euro and Japanese Yen looks particularly lagging.

On this trading day, the U.S. dollar rose slightly against the yen, hitting an eight-month high, as the rise in U.S. bond yields dragged down the safe-haven yen.

When asked about the impact of the devaluation of the yen on the economy, Japanese Finance Minister Taro Aso declined to comment on the decline in the yen. In addition, Japanese Prime Minister Yoshihide Suga stated at the Senate Budget Committee on the morning of March 4 that the ongoing emergency declarations in the three prefectures of Tokyo, Kanagawa, Saitama, and Chiba will meet the original deadline of March 7. It will be extended for another two weeks to prevent the spread of the new coronavirus.