Is pound rebound hope coming? Macron will go to Britain to discuss Brexit, Johnson hints that he will seize every opportunity

Abstract:British Prime Minister Johnson and French President Macron will meet on June 18, this is Johnson's first call for new momentum to ensure a post-Brexit trade agreement with the European Union, the first bilateral meeting with European leaders.

British Prime Minister Johnson and French President Macron will meet on June 18, this is Johnson's call for new momentum to ensure a post-Brexit trade agreement with the EU, the first bilateral meeting with European leaders. As a result, the Brexit trade negotiations entered a critical stage. The European Union hinted at possible compromise, but was not prepared to give up the principle. 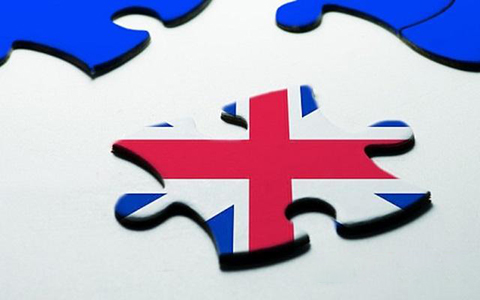 According to a statement issued at 10 Downing Street, Macron will visit the UK to attend the 80th anniversary of Charles de Gaulle's famous speech in London during World War II. He will meet with Johnson to discuss a series of issues including their respective efforts to deal with the epidemic.

As the two leaders discussed Brexit, Britain was eagerly seeking to establish new economic relations with the EU, its largest trading partner, to avoid a devastating economic shock at the end of the transition period at the end of this year.

Johnson had an hour-long video call with European Commission President Von Delaine and other EU officials on Monday. He said that the negotiations required "a little strength", but the prospects for reaching an agreement were "very good."

The two sides encountered obstacles on some controversial issues, such as access to British fishing waters and the future role of the European Court of Justice in British affairs. If no agreement is reached, the UK and the EU will resume trade in accordance with WTO terms, which means imposing tariffs on trade and damaging companies that have been hit hard by the epidemic.

The EU hinted that compromises could be considered but unwilling to sacrifice principles, Johnson said it will seize every opportunity to solve the challenge

On June 17, the European Commission President Von Delaine hinted that the EU may be willing to compromise on some requirements, but he also warned that the EU is not prepared to sacrifice its own principles in order to reach an agreement.

However, the UK and the EU still have a long way to go to overcome their differences. Von Delaine's adherence to the EU's tough stance on agreement management and dispute settlement is one of the main cruxes of the negotiations. She said: "Governance sounds like a bureaucratic issue. But it is critical for businesses and people in the UK and the EU to ensure that the agreements reached can be truly implemented."

Before meeting Macron, Johnson had a difficult day on Wednesday when he was involved in a minor car collision and faced pressure from his own MP to ask him to relax his two-meter social distance policy. To boost the British economy.

Johnson said in a comment before the meeting with Macron: "The struggle we face today is different from what we faced 80 years ago. Britain and France will continue to rise up to meet every new challenge and seize every opportunity ahead. ."

Huitong reminded that the key to the current trend of the pound is the Bank of England resolution and Brexit negotiations this week. The market generally predicts that the Bank of England will not implement negative interest rates, but it may expand quantitative easing, and most investment banks have also chosen to bearish on the British pound. Whether the pound can usher in a turnaround depends on the Brexit process. The EU has softened its position now, and at least expressed its willingness to make some compromises. Investors need to pay attention to whether Macron can help further the process of Brexit this week. If there is good news, it is expected to boost the pound. However, given that the UK and the EU still have differences on many issues, investors should remain cautious about the final result.