Two timetables! CDC said the vaccine has to wait until next year Trump: within a few weeks! Silver futures rebound

Abstract: On the issue of vaccines, Trump and the Centers for Disease Control and Prevention (CDC) have different timetables. The director of the CDC said that the large number of vaccines may have to wait until the end of the second quarter of next year, but Trump insisted that several weeks Can be distributed in large quantities within.

On September 18, Trump and the Centers for Disease Control and Prevention (CDC) have different timetables on the vaccine issue. The CDC director said that the large number of vaccines may have to wait until the end of the second quarter of next year. Trump insists It is said that it can be distributed in large quantities within a few weeks. In this regard, the WHO emphasizes that all levels should convey consistent messages.

When will the vaccine come out? Trump and CDC have their own opinions

Redfield, director of the US Centers for Disease Control and Prevention, recently said at the Senate Appropriations Committee hearing that the new crown vaccine may not be available in large quantities in the United States until the end of the second or third quarter of 2021 to help Americans return to their normal lives.

Redfield said that if the new crown vaccine is approved for use after successful research, high-risk groups such as medical workers and emergency personnel are expected to have priority vaccination at the end of this year or January next year, but the vaccine will not be widely used in the late spring or summer of next year.

Trump later identified Redfield's statement as "wrong" and "incorrect information" at a press conference. "I don't think he meant that... He was confused when he spoke." Trump said that the vaccine will be ready for application "in a few weeks", and the vaccine will be released to the public "soon" after it is approved by the Food and Drug Administration. Mass distribution. 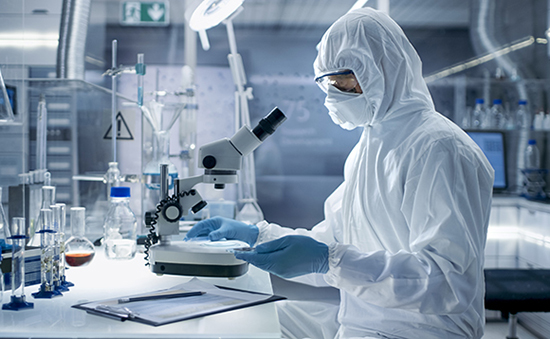 Last night, the statements of the CDC and pharmaceutical companies all hinted that it is difficult to achieve October vaccination as Trump expected.

Michael Ryan, the head of WHO's health emergency project, said that the message at all levels should be consistent, and it should be the same in all countries. What is important is that scientific research institutions and governments should review the evidence first, and then provide comprehensive and easy-to-understand information so that the public can take appropriate actions.

The Canadian Imperial Bank of Commerce (CIBC) said that this year's rise in gold and silver prices is just the beginning of a bull market in precious metals. In the latest report, the bank raised its gold and silver price expectations, believing that silver "compared to gold, in a relatively small market, it may provide investors with more opportunities." "The next few years. , Global macroeconomic uncertainty and investors’ demand for currency diversification may continue to be key factors driving demand for these two metals."

Yesterday, during the US session, silver futures accelerated their decline, dropping to a low of $26.405 and then rebounding from the low. At the beginning of Asian trading this trading day, silver futures continued their rebound trend and returned to above 27 US dollars. Judging from the 1-hour chart, the red kinetic energy column has gradually lengthened and continued. The bulls have the initiative, and the rebound momentum of silver futures is still strong.