Abstract: Due to the pressure on the British economy, analysis believes that the British pound bears may "counterattack."

On February 8th, the US dollar index rose slightly in Asian trading this trading day, and the pound remained volatile against the US dollar. As of press time, it temporarily reported 1.3738, an increase of 0.01%. As the British economy is under pressure, analysis believes that the pound bears may "counterback."

The U.S. dollar fluctuates around 91

The U.S. dollar has recently returned to above 91 U.S. dollars. As of this trading day, the U.S. dollar index temporarily reported 91.02, an increase of 0.03%. As investors bet on economic recovery, the 10-year breakeven inflation rate in the U.S., which reflects inflation expectations in the bond market, rose to 2014 The highest level since March 2020, the U.S. Treasury bond yield set a new high since March 2020.

Yukio Ishizuki, a foreign exchange strategist at Daiwa Securities, said that the weak non-agricultural employment data is indeed detrimental to the dollar, and the market is now questioning whether the dollar can continue to appreciate. Much depends on the progress of the new crown epidemic, but we also need to know when the US fiscal stimulus measures will pass. US President Biden and his fellow Democrats are advancing a $1.9 trillion economic relief package.

The Speaker of the US House of Representatives, Nancy Pelosi, predicts that the final legislation may be passed in Congress before March 15. 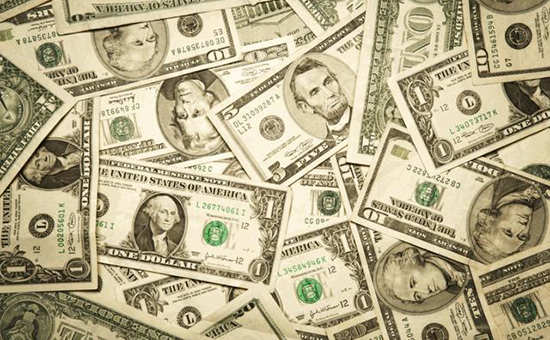 The pound has little volatility this trading day, and the trend of the pound depends on the impact on the British economy. For the UK, in addition to the pressure brought about by the new crown epidemic, it also faces the trade risks brought by the UK after Brexit.

An industry group representing freight companies said that after the transition period after Brexit ended, British exports to the European Union fell by 68% in January due to trade disruptions.

At the end of last year, Britain officially left the European Union and the trade relations between the two sides changed. Since the beginning of this year, companies and freight companies have had to adopt new trade arrangements. In addition, hit by the new crown epidemic, some companies have encountered difficulties in new customs declaration and health certificates.

The Road Transport Association (RHA) said on Twitter that its international members reported a 68% decline in exports in January.

However, the current government has not confirmed this data. The British government stated that it has contacted the industry and "does not recognize the export figures provided." The British government said in a statement: Despite the outbreak of the new crown epidemic in 2019, thanks to the efforts of freight forwarders and traders to cope with the changes, border disruptions have been minimal so far, and freight flows are now close to normal levels.