Economic data is mixed, the U.S. dollar is tangled, and the Fed's minutes this week may guide new directions

Abstract: The U.S. dollar index fell slightly this trading day. As of press time, it temporarily reported 92.22, a decrease of 0.03%.

July 5th, the US dollar index fell slightly this trading day, as of press time, it temporarily reported 92.22, a decrease of 0.03%. Since the Fed’s recent hawkish signal, the U.S. dollar has remained strong, and now we need to wait for the Fed’s further attitude.

Mixed good and bad, non-agricultural make the dollar into a "tangled"

The non-agricultural report announced last Friday night showed that 850,000 new jobs were added in June, which was better than expected. This is the long-awaited data by the market as investors try to judge the Fed's policy pace. However, the unemployment rate did not meet expectations, rising by 0.1 percentage point to 5.9%. Economists expect the inflation rate to fall to 5.6%. The report was deemed not strong enough to encourage the Fed to withdraw from easing policies as soon as possible. Affected by this, the U.S. dollar fell from a three-month high it hit earlier on Friday, as analysts believe that the June non-agricultural employment report in the United States was mixed.

However, the non-agricultural report is still regarded as a positive phenomenon in the US labor market, which may promote a change in the Fed's policy.

Analysts said that overall, the report is strong and moving in the right direction, which should strengthen the Fed’s reason to start reducing the scale of asset purchases soon. Therefore, in the long run, this should be beneficial to the US dollar.

Next, the market still needs to pay attention to the Fed's policy direction. The US Federal Open Market Committee (FOMC) issued a surprise signal to the market last month, saying that it may tighten monetary policy earlier than expected to curb inflation. Since then, the U.S. dollar has strengthened across the board. This is the main support for the dollar in the near term. 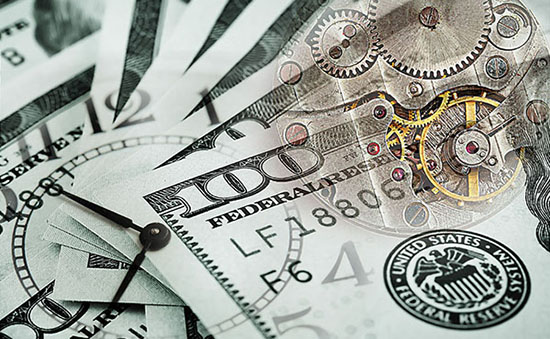 On Monday, the US financial market will be closed for one day due to the Independence Day holiday. Market analyst Patti Domm pointed out that the Fed's policy wording may become an unexpected catalyst for the market.

This week, the Fed will announce the minutes of its June monetary policy meeting. In the last resolution, the Federal Reserve began discussing cuts in bond purchases. If the minutes of the June meeting reveal more details, it may affect the market.

Fed observers generally expect that the Fed will announce more details on scaling down debt purchases at its annual seminar in Jackson Hole, Wyoming at the end of August, and then begin to slow down later this year or early 2022. Speed ​​of debt purchase.

At present, the U.S. epidemic has slowed down and the vaccination rate is increasing. The U.S. economic recovery is generally strong. Strong data and rising inflation may make the Fed’s easing policy press the pause button as soon as possible. At that time, the U.S. dollar will Back to the bullish channel.